In 1997 a young Anthropology and Cinema MA Graduate endeavours on a voyage to North Vietnam with two friends to shoot his first ethnographic documentary film. The enterprise is auto-financed and DV based, Digital Video having only recently been commercially introduced to the market. The initial excitement and spirit of adventure, though, are soon to be cut short by a major obstacle. Shooting in a remote and isolated mountain area inhabited by ethnic minorities, the amateur film crew has strayed off the official Vietnamese Tourism circuit and immediately attracted the attention of the local authorities. After a nightlong and precarious stand-off with three Police- and Army Deputies, the crew is forced to abandon the project and return to Hanoi for lack of an official government filming permission. One meagre hour of rushes is all they return with. Four years and a couple of films later, the now experienced director returns to his first rushes and develops the material into a personal and ironic essay. An autobiographical film about the challenges and the failings of a first documentary shoot, "Eth(n)ics" oscillates between travel journal and anthropology, as the filmmaker recounts his confrontation with the universe of north-vietnamese ethnic minorities and his own ethical dilemmas. 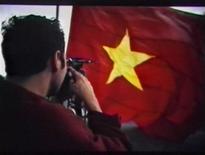 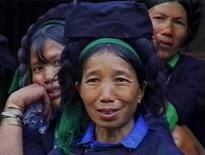 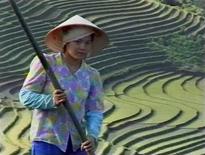 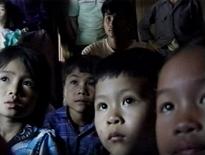 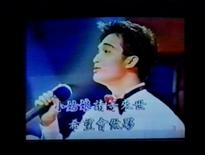