This documentary examines consequences of and forms of resistance to the Israeli occupation of southern Lebanon as well as how such issues are (mis)represented in the West. The film is a close examination of ideas and figures that have become tied to the region: terrorism, colonialism, occupation, resistance, collaboration and experts/leaders. Subjects interviewed -including residents and members of formal resistance movements- discuss the relationship between economic and social issues: the relationship between occupier and occupied, how and whether to resist, and their feelings about the land. Intertwined in the documentary is a self-consciousness of how even this ’product’ (film) is manufactured in terms of the authors’ own representations. 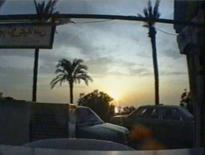