Confrontation of the devilish mechanisms of film-making with the 19 Satanic Rituals to evoke the devil’s help. The structure of the movie was built on 19 stills of Alfred Hitchcock’s film ‘The 39 Steps’ (1935). The movie was mostly accompanied by a live music mix of Arnold Schoenberg’s ‘Erklärte Nacht’ and Danny Devos chanting the Enochian version of the ritual texts to be performed during the original rituals, found in the notorious book ‘The Satanic Bible’ of Anton Szandor Lavey. The story tells about three friends, a fight and a murder. 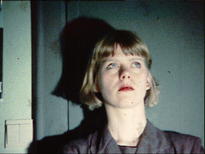 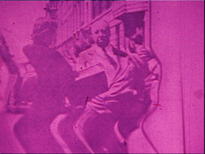 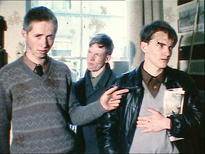