A conversation about the predominantly Western fascination with exotic cultures. According to Herman Pollig, who made a number of exhibitions about exoticism under the header “Exotic worlds, European fantasies”, exoticism gets in the way of an objective understanding of alien cultures. It confirms and reproduces deep-rooted stereotypes and representations, creates dream worlds which influence our perspective, making us see things the way we want to see them. Exoticism as intercultural counterfeiting. Is exoticism a projection mechanism for repressed fears and longings? Might exotic objects be perceived both as documents of barbarism and documents of culture. Do exoticism and racism shoot off the same stock? Might exoticism provoke the revelation of its own caricature? Is it fundamentally possible to move beyond exoticism? Part of the BRT (Belgian radio and television broadcast network) television series ’Container’. Paneldiscussion with Lieven De Cauter, Eddy Stols, Paul Vandenbroeck and Bart Verschaffel. 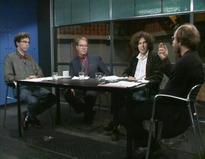 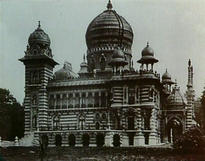 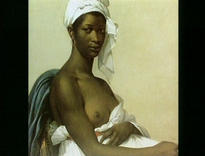