This tape is part of an installation with the same name. It consists of a one-hour recording of a door. The image on show is mainly static. It comes to life at random moments, when voices and footsteps can be heard. There is a knocking at the door, sometimes violent. Someone is fiddling the handle. Footsteps are running away. Every time the image is shown a new situation unrolls, but the door is never opened. The situation created is so recognisable it transcends the existing temporary situation. Theoretically it reaches back to the first times of film history. The public first got to see ‘Ride films’. These short and simple, kinetic films acted on the immediate attention of the audience, they stressed the direct stimulation of a story, or a cause/result-structure. This work should be fit into a given context, of presentation as a video installation. It can be projected or shown on a monitor. 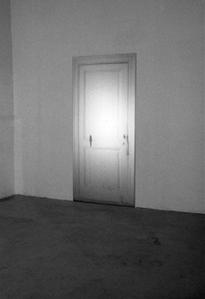 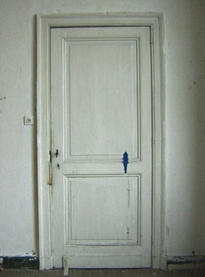 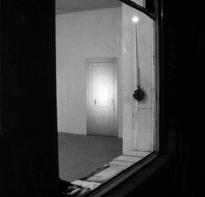