The work of Meyer and Schaerf explores the transitional area between the meaningless and the meaningful, especially the process during which unrelated scraps of meaning move between various possibilities, ultimately converging into a cluster of emotions and associations. At the same time traditional sign systems of language, image and sound are undermined and new relations are proposed. This video, originally a radio play for the exhibition project ’Utopia Station’ (Haus Der Kunst, München, October 2004) toys around with the idea of converting memories into flash forwards. Improvised, verbal flashbacks are sent out in new directions, in an informative environment between what was and what might be. Possibilities are projected onto the past and reconfigured. Using extensive literary, philosophical and scientific references Schaerf and Meyer move around in a variety of spaces in-between, between current affairs and potential, past and future, imagination and reality, images and sound. Audiovisual codes of movement, duration, space and synchronicity are questioned and overthrown, in a search for meaning between fragmentation and editing. The speechless ‘actors’ comprise the likes of, among others, Elfriede Jelinek and Suchan Kinoshita. The sound design is by Carsten Nicolai. 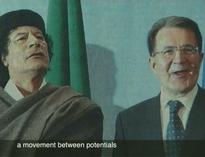 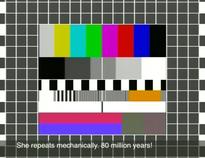 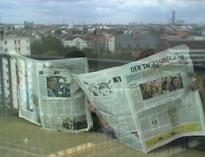 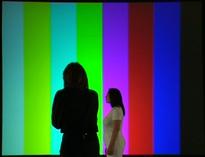 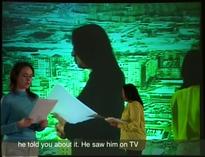 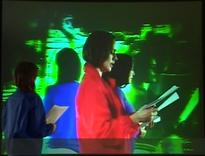 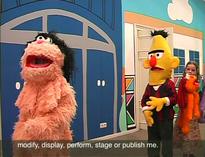 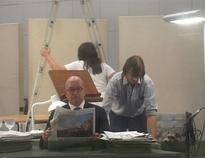