THIS IS NOT BEIRUT (THERE WAS AND THERE WAS NOT)

Salloum examines the ’Lebanization’ of both the ’Switzerland of the Middle East’ and the world of television itself. On the basis of a chameleonic analysis, this kaleidoscopic collage (of found footage and post cards) demonstrates how, in the dramatized, personalized and simplified media reporting, the truth becomes permanently ensnared in a web of distorted facts, mystification, tautologies and contradictions. "This tape is at the most fundamental level, a personal project; examining the use of images/representations of Lebanon itself; recording the interactions and experiences while working in Lebanon; focusing on the undertaking of this representational process as a Lebanese and a westernised, foreign-born mediator with cultural connections and baggage of both the West and Lebanon; situating the work between genres looking at each of them from the inside and engaging critically at the assumptions imposed and thus broken in this site of complexity in which one’s identity is found and reconstructed. " (Jayce Salloum) 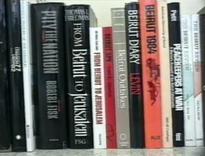 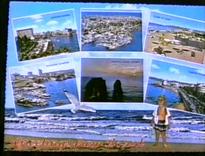 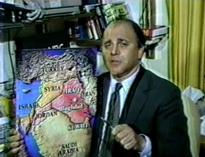