Voice-over of three friends are talking to each other. One of them, Jack, is telling a story about a man called Norman, who stayed at a wellness resort because of his severe rheumatic attacks. The images consist of photographs, that are pasted together and zoomed-in on. The sound of the gestures that Norman makes, are mimicked by the artist. According to the tale, every night at eight o’clock Norman looks out of his window, seeing a flash of light and hearing someone calling for help from a house in the mountains. One day he doesn’t go to the museum with his fellow fish researchers, but goes to the house. There he finds a beautiful but ill woman, who can only be cured by the powder of a rare fish. Norman is struggling with this dilemma. He reacts to late, the woman dies. The man is so sorrowful that he sets himself on fire. 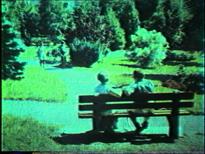 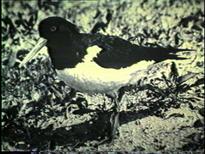 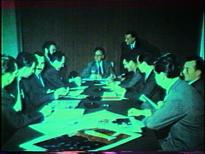