’Un jour, l’avenir nous donnera raison’ (One Day, the Future Will Show We Are Right) will be a series of portraits of rivers. The selection will be based on their historical, ecological and geopolitical importance. Each river represents a local challenge which, at the same time, corresponds with a universal one. The rivers themselves are filmed in travelling shots, but the films will mainly focus on individual people. The first one is a portrait of the Congo River as it passes through Kinshasa, and Michel, a young Kinois boxer. An early version of the video was shown in 2004 as part of the Golden Lion-winning exhibition ’Kinshasa, the Imaginary City’, in the Belgian Pavilion at the 9th International Architecture Biennale of Venice and conceived of by Koen Van Synghel, Filip De Boeck and the artist herself. The other films will portray the Elbe in Germany, the Ganges in India, the Amazon in Brazil, the Armour on the border between Russia and China, the Rio Grande between Mexico and the United States, a dried-up ’oued’ in Morocco... Each film will be around 25 minutes long. 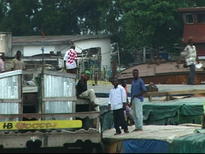 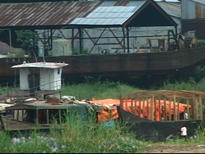 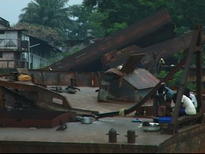