UNTITLED PART 5: ALL IS NOT LOST BUT SOME THINGS MAY HAVE BEEN MISPLACED ALONG THE WAY (OR) OF ENDINGS AND BEGINNINGS AND SOME POINTS IN-BETWEEN

untitled part 5 is the result of a series of trips to Kelowna (an Okanagan language term for "grizzly bear"), a city on Okanagan Lake in the Canadian province of British Columbia. During the summer of 2007, Salloum worked in collaboration with the Westbank First Nation and other First Nation residents of the area. In Canada, instead of the deprecated term "Indians", it's normal call First Nations the various Aboriginal peoples. Salloum gives a voice to some residents and approaches oppositions like oral and official history, identity and representation or cultural adaptation and survival. In this way, Salloum provides an alternative narration and documents positions experienced by the inhabitants of the Okanagan Valley. 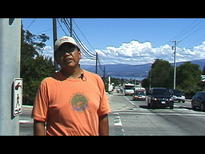 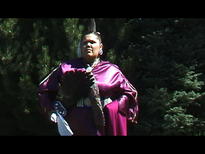 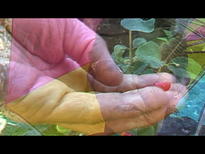