In ‘Cadavre Exquis, Brusselle part: 1’ Vermeir maps out the city of Brussels by making a tour with Pierre Querut, a B-movie and documentary director from the seventies, of lost film houses in the former film district of Brussels. As Querut recollects on that era, he is always conscious of the proximity of the camera and he never stops commenting on Vermeir’s style of filming. Katleen Vermeir does not only visualise the lively film industry in Brussels, roughly between 1970 and 1980, but she has also made a personal and humorous portrait of Pierre Querut. This video was part of the installation ‘Cadavre Exquis’, a project in collaboration with Ronny Heiremans. Vermeir: “In this video I focus on a movie/documentary - producer/director/distributor from the seventies, Pierre Querut, who is also my landlord. In the film he takes me on a tour through Brussels and speaks about the former cinema district, movie theatres that have disappeared… At the same time he shows me those places in Brussels and in his house that he used as film set in the B-movies and documentaries he made. The apartment I live in was used as a film set many times. Past and present, fiction and reality constantly mix. Querut, who himself used to work with a camera is always aware of its presence. He’s ceaselessly commenting the way of filming, and in this respect indirectly questioning the status of the image." 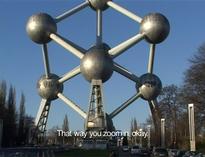 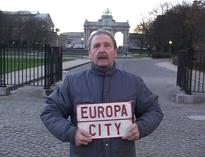 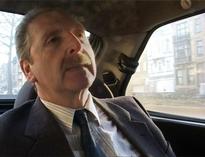