Nicolas Provost plays once more with the grammar and the codes of (Hollywood) cinema. With a limited number of images, an absorbing soundtrack and a minimal story line, the artist tries to stimulate the viewers’ imagination to the maximum. Moving Stories strings together some four fragments of flying passenger airplanes. Gleaming in the sunlight, they glide high above the clouds. From the very first moment, the seductive footage, completely aiming at escapism, contrasts with the ominous, somewhat sinister soundtrack. Over this sound, Provost places a dialogue between a man and a woman. Their voices appear to be ascending from the airplane: “I am seeing something that was always hidden. I am involved in a mystery” and “You are a mystery and I like you very much”. Is this a confession, a declaration of love? Provost leaves the question unanswered. After that dramatic opening, Moving Stories turns into a sensational sequence and finishes with a positive touch, nearly a happy ending. In this short study of the dramatic and narrative power of sound and off screen dialogue, Provost once again proves to be a talented manipulator of the cinema lingo and reaches, through minimal means, a strongly emotionally loaded result. 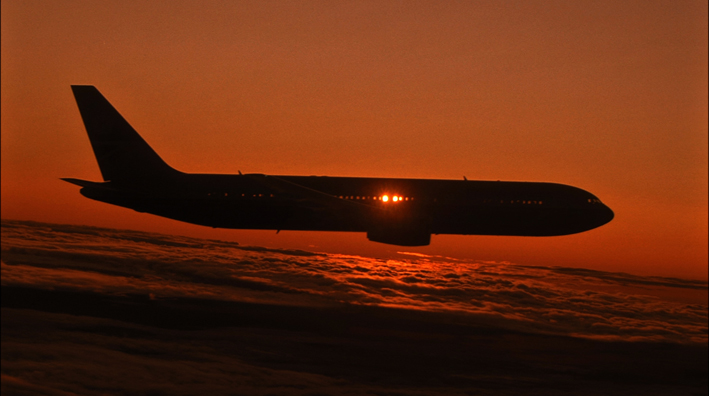