AND [BACK ‘plays’ a complex ‘game’ with the words AND and BACK, where the word BACK sometimes functions as indicator, sometimes as trigger, sometimes as a comment on what is happening on-screen. It’s especially the left/right and right/left (‘back’ also meaning ‘backwards’) movement of represented things – mostly vehicles – but of that of cinematic interventions as well, that is of importance. This BACK movement is sometimes repeated in the typography; finally it penetrates and in a sense organises the film in its entirety: as a ‘story’ that unfolds, as a ‘structure’ with its symmetries and morphologic qualities.

The very first image is black. Then, like a shutter (or some puppet theatre) the image opens itself, a black strip moving from right to left, gradually showing an archetypical American bungalow park: one white bungalow after the other, some slightly weaving trees, a dark sky, a somewhat cracked road; a very symmetrical image. After ten seconds, at the lower part of the image (more or less in the middle) a part of the title is shown, while the ‘curtain’ still opens and half of the image is exposed: [BACK. It’s unsure – as always with Downsbrough, where things are often noticed afterwards, on second view– when exactly the viewer actually sees the [BACK; perhaps only after eighteen seconds, when the title is suddenly visible in its totality: AND [BACK.

Then there’s a shot of another setting, somewhere in the USA as well, no bungalows this time but a road lined with commercial-looking buildings and palm trees, and cars and trucks passing. Followed by a view from inside a car, driving on the motorway, and low-screen in the right corner, the word AS, mirrored right to left. The little words, seemingly coming from other Downsbrough films (from AS] IN? or from AS] THEN?) gradually invade the screen. A truck driving by on the left suddenly ‘wears’ the AND from the title, more or less at the spot where we expect a number plate. It stays there, becoming smaller as the vehicle moves away from the viewer. When it fully disappears, the mirrored AS becomes a BACK, and as if on command (“Back!”) we’re back at the preceding image, with the palm trees, the passing vehicles, the commercial facilities.

Next, another image is shown, symmetrical as well, presenting a similar road (the same?), not filmed from the side this time, but with the camera placed more or less in the middle of it. At the same spot as where the first word block ([BACK) appeared, the word THERE is shown. After it has faded out, there are new shots from inside a car, showing a similar motorway. For some seconds, the word CONTAIN appears, in the right corner of the screen, tilted to the right at a 90° angle. And in the blink of an eye it communicates with ‘Welsh Cargo’ – a container company – not inserted there by Downsbrough, but part of the industrial landscape the car is driving through. During a split second, typography in the represented space and ‘presented’, inserted (stitched-on) typography intersect: both worlds are interchangeable.

AS appears again on regular, graphic white walls, the camera panning, still filming from inside a car. The image fades to black, AND appearing again, like CONTAIN before, in the upper right corner and tilted 90°. We’re back to where the film began: the symmetrical bungalow view with the weaving trees. The shutter closes now, from left to right. There’s AND in the middle, where [BACK was before, then just the [ , finally the image is black again. B(L)ACK. (Source: Steve Tallon) 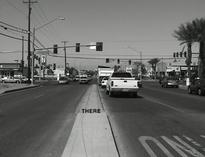 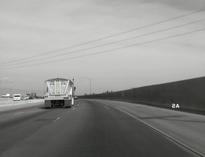 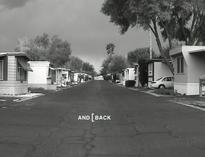