A cinematic interpretation of the ballet by Maurice Ravel with the same name (in the New York Philharmonic version, directed by Pierre Boulez). The orchestral splendour of the ballet is translated into a multi-dimensional tableau of several screens and visual angles, divided into a number of episodes, inspired on the best-known fairy tales of Charles Perrault. The choreographers/dancers were invited to pick out a character of their own from the fairy tales and create a dance sequence in the unusual setting of a forest. The narrative elements were used quite unrestrictedly, more as poetical suggestions than tight, illustrative guidelines. The world of plants is presented as an ‘agent provocateur’, as a source of inspiration for the creation of an original language of movement. 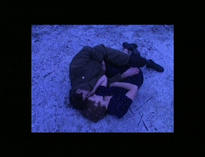 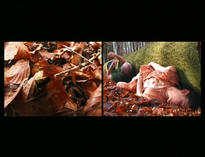 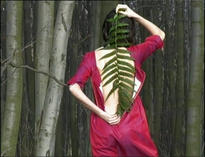