MIRA SANDERS - THE BEACH AND SOME OTHERS CURIOSITIES

Mira Sanders, based in Brussels, is an artist for whom the perception of daily life through walking, acute observation, probing the space is a form of perpetual questioning. Equipped with a pencil and paper, a video camera or a sound recorder she explores her territories of curiosity. In response to the exhibition, Walking the Hinterland, Mira Sanders is proposing a guided walk, initially based on an anecdote told by her grandfather about her great grandfather, who would have a drink in central Brussels and would watch children playing on the “beach”. This was a period before 1917 when the central city was being redesigned and the canals leading to the Senne were silting up. The local children would build sand castles and play as if they were at the beach. Today, only the street names indicate the recent pass. Rue de Chantier, where Argos is situated, was the site of a dockyard. Beginning here, Mira Sanders will guide us towards the forgotten Port of Brussels, near Tour et Taxis, and into Molenbeek (Molem Stream) before returning to Argos two hours later.

This event is part of EXHIBITIONS 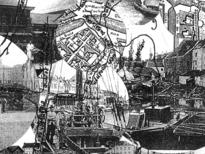 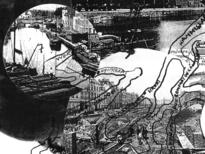 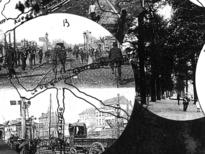