In these two documentaries, Cornelis brings together his interest on (art) history and culture with his anthropological and critical approach. In the northern Saharan region of M'zab, five qsur (walled villages) are settlements with a strictly organised architecture designed for egalitarian communal living: Cornelis pays homage to this astonishing culture and, at the same time, questions its possible duration. In 'De kleuren van de geest', Cornelis looks to another kind of community – the international fans of trance music – and contextualises it to within European and Maghreb traditions.

M'ZAB, Stedelijk wonen in de woestijn
1974, 46'05”, colour, Dutch spoken, English subtitles.
M’zab, on a couple of cities by the border of the desert in Algeria, proposes an extraordinary architecture of living: in an unwelcoming environment a religiously inspired community has developed a very particular style of living over the centuries. The efficiency of prehistoric habitation construction engineering can still be admired here. The question arising from this exploration is: for how much longer ? These closed communities, these villages are slowly getting unpopulated; the call of the world of traffic – the traffic of goods and means – often seems stronger than the attachment to a ‘home’.

De kleuren van de geest
1997, 42'39”, colour, Dutch spoken, English subtitles.
Trance music is an international phenomenon: thousands of years ago it arose out of the ‘urban jungle’ and it spread out to the country, where it became the moving spirit behind various kinds of healing rituals. Today attempts are made to breathe new life into the ancient art of healing making use of innovative technological equipment. Ancient European, still active North-African esoteric systems and recent techno rituals are expressions of a single desire: being possessed, the mind leaving the body, swooning… ecstasy, as a link to the ‘greater Unity’. 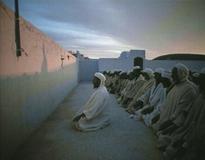 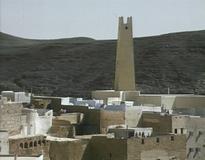