FREE GIFT AT THE DOORS FOR EVERYBODY!!!

Focus on Erik Bünger, a Swedish artist, composer, musician and writer that works with re-contextualising existing media in performances, installations and web projects.

Recordings of sound and image are all-pervasive in the modern world, and sometimes seem to have a life of their own. Erik Bünger’s ’lecture’ – a narrative voiced over a series of images, clips and quotations – explores what happens when the recording and the original source become separated or confused. The artist uses comedy of Woody Allen, the songs of Nat King Cole and Frank Sinatra, and speeches of Barack Obama to draw attention to disjunctions between image and sound, and the effect a change to one can have to the other. Found footage from the 1973 film ’The Exorcist’ is combined with Biblical quotations to explore the conflation of the voice with the soul. When a deceased person can be ’played back’, has technology overcome death? From the very first recording of a human voice to the message on your answering machine, the piece explores ownership and possession, reality and illusion, and the presence of the ‘body’ of a voice. Bünger’s project exists not only as a video piece but also as a performance piece, manipulating the very effects he analyses as he explores the nervous split that is created when sound is separated from its source. 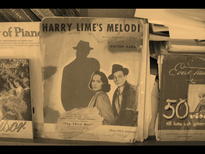 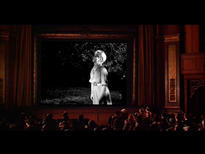