An analytic and subdued critical summary of the work of Jan Fabre, on the occasion of the opening night of the opera Das Glas im Kopf wird vom Glas in March 1990. The topoi and motives in his work are commented on by Annie Declerck and accompanied by images from his body of work, from MoneyPerformance (1979) to Das Interview das Stirbt (1989). His work always starts from the same gestures, always repeating the same motives. The repetition in all its variants is the main composition principle, used as deconstructing and deconstructive movement, but also purposing to liberate that movement. Fabre always uses the same truth against art, theatre and culture: the physical is the ultimate, the only reality. He brings on the power of theatrical madness, deconstructs the classic notions about art and shields it off, leaving the figure of the classic artist intact. Art as theatre. He stops himself and the world, as the stage of squirming “petites machines vivantes”, in sterile jars and screen windows, in the peep-show of theatre. In essence, his work is a succession of theatrical images, perpetually constructed and deconstructed. It is an enigma, which lasts until the question of meaning is formulated. 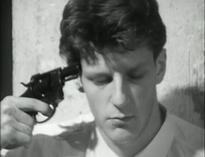 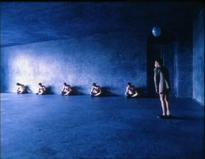 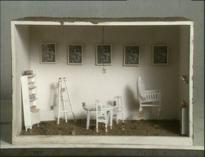