Gert Verhoeven employs various media including drawings, sculptures, videos and installations. In an often ironic and surrealist way, his meta-communicative work investigates the way objects are classified and how their value is determined within various systems. Object-like works by artists, just like any other products, end up in a socio-economic reality. There the work acquires a value: what is good is translated in the market into the language of money, a semiology that carries within itself social, exchange-based variables. Money determines, for example, the status of a work, a quantity that in its turn is connected with existing power relations. This process of transformation is what interests Gert Verhoeven, as can be seen in his video pieces The Blob (2001) and Bustutai (2003), in which he documents dozens of Japanese-Americans competing for the biggest pumpkin. We see the actors bringing their pumpkins in pick-up trucks and proudly displaying their wares in marquees. Although there is a highly folkloric, almost carnivalesque aspect to this, the characters in The Blob and in Bustutai behave very seriously, almost in a deadpan way. They zealously compete for the prize for the biggest and heaviest pumpkin and they don’t stop going on about the grotesque eloquence of their swollen creatures and their equally conceited actions. Here they are more concerned with the form rather than the content: nothing is said, for example, about how the pumpkins taste. With a relativising dose of tongue-in-cheek, Verhoeven draws a parallel between the pumpkin competition and reality: the contest is transferred to the socio-economic system within which all goods - and thus art too - are traded. Both The Blob as well as Bustutai are allegorical explorations of the conflict artists experience with the inhibiting force of cynical reality. Within the contemporary art market, after all, the artist is expected to supply the most beautiful or the greatest, in short the ’most special’, work of art, while taking into account a forest of variables including, for example, the compelling heritage of art history.

In other works Gert Verhoeven likewise explores the position that an artist can assume with his works in relation to the world of art and the social environment. This aspiration is sometimes deliberately an inch thick, as in a series of drawings gathered under the heading New Feet (2002) in which he treats existing, older works on paper by each time placing an aestheticised print of his feet onto them. With the entirety of his fragile drawings, plaster sculptures and the video PAPA M’A brought together under the name Autolapsus (1998), he had his eye in a playful and once again ironic way on the world of pathology. For Verhoeven, the superficial layers of these works merely represent an alibi for expressing his most important concern: an explicit resistance against the compelling cult of the object. 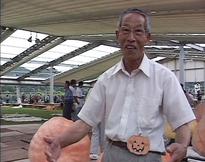 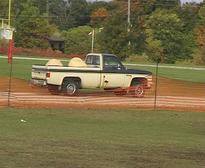 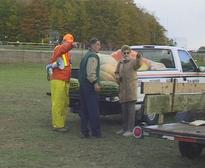