A man is looking at his own face, which is being recorded and shown on a TV screen right in front of him. The soundtrack consists of a distorted voice uttering incomprehensible words. An image of the same man is pasted over the recorded image, as a see-through veil. Secondly a sequence of image fragments changes from the man on the TV screen, to the real man standing in a room, to the same man as viewer and thus seen from the back of his head, and back again. In the last scene another man is standing alternately to the left and to the right. Then those two images are pasted together, so that it looks as if he is talking to and looking at a clone of himself. 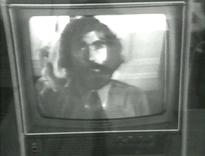 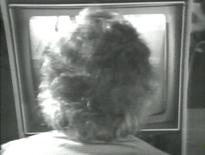 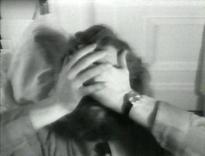 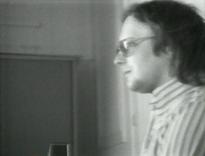 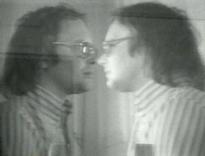