This work is the cinematic adaptation of a chapter from the book ’Absolument nécessaire’ (a nomadic album of graphic poetry) according to the idea - already quite apparrent at the time - of the multimedia work, incorporating writing, image and sound. So it is the film of a book, its continuation into another medium: at Barranquilla, on the Caribbean side of Columbia, the film shows a dream experience of living theatre, an analogisation of ‘Part I’ of ‘Henry IV’ by William Shakespeare. Against an Elizabethan background with white columns, sumptuous and in ruins, the street characters feel as if they are walking around in a play; they play ‘live’ and the way they are filmed is very raw. 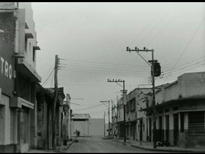 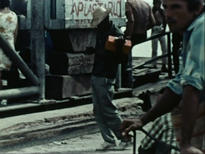 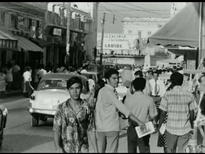 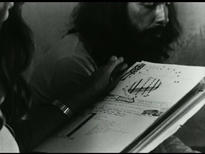