‘Donkey Shot’ was filmed with Super 8 on the way from Brussels to Marrakech. Freely inspired on Cervantes’ Don Quixote the story follows the adventures and mishaps of the infamous knight in a granular, playful and almost surreal style, through the eyes of his faithful donkey. On his quest for a mysterious prince Don Quixote works his way through numerous amorous conquests and heroic tugs-of-war. Overtaken by metamorphoses and disillusions, however, he ends up in an existential crisis. Unhoped-for, he manages to find himself on his inglorious journey back. 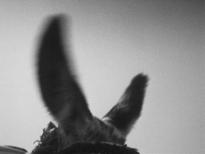 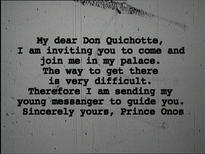 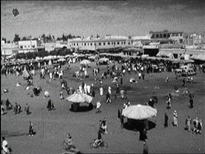