"In April 2nd, Silver follows a series of men around the Marais district of Paris. From a suspicious policeman to a well dressed man who quickly disappears into a department store, to a guy in jeans who desperately runs into the street to get away from her, the tape begins with a series of short and apparently failed relationships. Then she happens upon an attractive man in a beige raincoat who Silver then follows for the remaining duration of the tape. A connection is made, an association deepens, as she patiently waiting for him outside a bakery, he, discreetly checking and rechecking to make sure that she is still there.

April 2nd is an observation on the boundaries of private space in the public realm and the camera as arbiter of power. It is also an homage to Vito Acconci, Sophie Calle, Laurie Anderson, and all other artists who have felt compelled to follow." (Source: https://www.shellysilver.com) 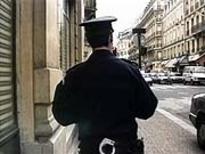 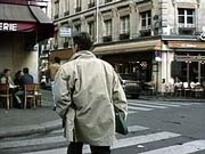 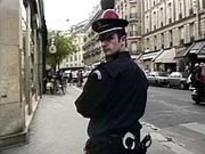