Two video monitors are being recorded. On the left monitor the viewer sees a parrot, on the right monitor the audience that is present. Matthys takes polaroid pictures of the parrot and of the audience. Every few minutes two people of the crowd stick the picture of the parrot and the one of the audience on the matching monitor, until both the monitors are covered with nine pictures. This video of Matthys could be understood as an example of what is called indexical art by Rosalind Krauss. A video is an index, a trace of something that happened. A photograph is also an index. By combining the two Matthys adds another dimension to the idea of the index. 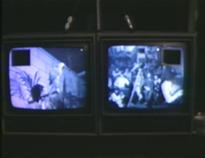 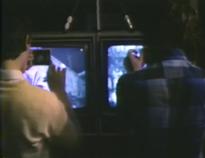 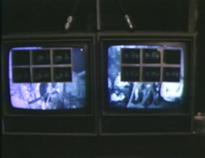