Discussion on how culture is managed and the relationship between this question and sponsorship. It is structured in three parts: a theoretical argument by Godfried Van de Perre, managing director of a cultural firm, two examples taken from practice and experience (Gérard Mortier at the Monnaie theatre, Brussels and Jan Hoet at the Museum of Contemporary Art, Ghent), and the critical voice of someone who knows bureaucracy from the inside (Herman Liebaers, chief organiser of Europalia). Part of the BRT (Belgian radio and television broadcast network) television series ’Ijsbreker’ (’Icebreaker’).

Content:
00’00" Discussion on how culture is managed and the relationship between this question and sponsorship, between Herman Liebaers (chief organizer of Europalia), Godfried van de Perre (managing director of a cultural firm), in a television studio, Jan Hoet at the Museum of Contemporary Art, Gent, and Gerard Mortier at the Monnaie Theatre, Brussels. 04’15" Mortier showing the offices used by his staff at the Monnaie and discussing his role as a cultural manager. 07’30" Jan Hoet presenting Joseph Beuys’s Wirtschaftswerde (a recent acquisition) and discussing his ideas on how the museum should be managed, while showing works by Luciano Fabro, Jacques de Villegle, Roger Raveel, Marcel Broodthaers and Sol LeWitt. 13’10" The participants sketching out their ideas on how culture should be subsidised and presenting the Foundation for the Promotion of Art. 28’20" Discussion between Liebaers, Hoet, Mortier and van de Perre on the role of the private sector in the art world, the politicisation of art, sponsorship, tax relief and state policy. 80’00" (±)
(Source: Jef Cornelis 1964 - 1990, Espace Art Contemporain : Maison de la culture et de la Communication de Saint-Etienne, 1991) 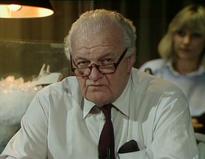 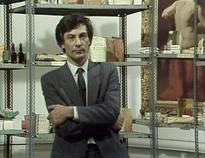 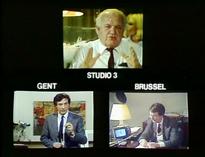