‘De mens in het dier’ (‘The human person within the animal’) is somewhere between film and computer animation. The concept of the work is based on the book ‘Laws of thought’, by the 19th century English mathematician George Boole. Van Kerckhoven uses his three laws, namely the law of identity, the law of contradiction and the law of excluded middle, to make a complex work of art that is not easy to penetrate. ‘De mens in het dier’ is meant to be shown as a video installation, in interaction with other works by Van Kerckhoven on plexiglass. Recurring themes are the relations between man, woman and child. Images of a naked man moving his body parts and a woman moving her head back and forward are indications of Van Kerckhoven’s obsession with the human body. Van Kerckhoven: "The laws of thought, moral strength, the power of the image... A central screen shows in image, drawing and text, my personal interpretation of Aristoteles’ Laws concerning being and not-being. At each side of the main screen stands a smaller monitor on which spectators can see the image of surveillance cameras looking at three two-sided paintings in another room. On interpretation and re-interpretation." 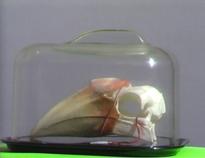 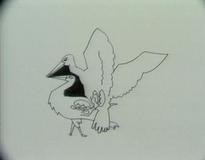 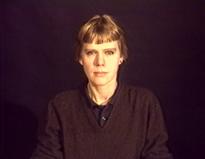 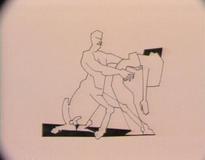 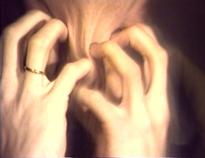