The Belgian artist Philippe van Snick (°1946) uses paintings, installations and sculptures to explore, analyse and create spaces. Using minimal visual elements, he relates his works to the space where they are shown and inspires the viewer to have a personal and individual experience of his works. In 1969 Van Snick showed his work at the 6ème Biennale des Jeunes (6th Biennial of young artists) in Paris. Since then, his work has been on view worldwide.
In this short reportage, Cornelis documents the assembly of a twelve-piece construction (Stall- ology) at the Grote Markt in Roeselare (Belgium). While the work is being installed, the reporter Georges Adé (1936-1992) interviews Van Snick, who explains his concept and the logic behind the installation. With Stall-Ology, Van Snick did not want to involve the public, but rather enhance their mental participation. Unfortunately, as the voice-over comments on the initiative, the public did not seem to be very informed or aware of its role - people inevitably misinterpreted the artist’s intention. 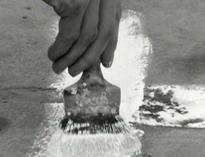 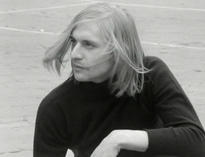 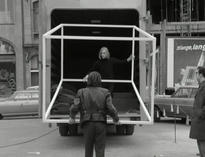