’Off The Set’ contains an imaginary conversation between the roundabout and the dot. The film stills being shown are filmed on a path next to the Demer, between Betekom and Aarschot (BE). The video was made during the artist’s residency in FLACC (Genk, BE). In this video Mira Sanders mingles fragmented storytelling with anecdotical reflections on subjects such as the difference between a line, and a sea of dots. Fiction mingles with concrete experiences while riding a bike along a river. 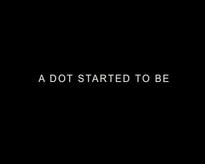 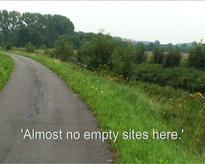 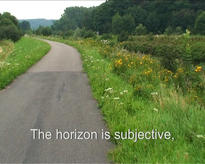