In the 1960s, the artist’s father Frans Wuytack worked in the barrios of Caracas, in Venezuela, as a priest and social activist. His actions led to him being imprisoned and deported on multiple occasions. In 2006, he returned to Caracas with an exhibition of paintings, sculpture and other art inspired by the struggle for justice of the barrios’s inhabitants. Fabio Wuytack follows his father as he retraces his steps of thirty years before, speaking to old friends. The film pieces together stories that are humorous and touching, shocking and thought-provoking. Following some of his actions upon his return to Belgium as well as his time in Venezuela both legal and illicit, ’PERSONA NON GRATA’ is a hymn to a well-lived life. 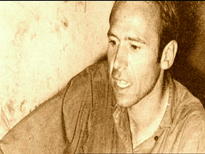 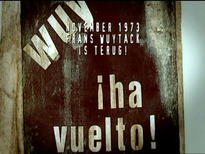 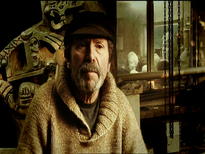