In ’Breakdown’ digital editing techniques such as morphing are used to bend, crush and transfigure two different perspectives of a flat building into each other in a background that does the same in the opposite direction. The soundtrack consists of a computer-generated voice, reciting lyrics from desperate lovesongs – like Santa Esmeralda’s ’Don’t let me be misunderstood’. The work consists of a loop, produced for the project ’Titlesafe II’ by Walter Verdin, during which he assigned a number of video artists to make a short film and edit it to a beat of 125 BPM or 12 frames per beat. 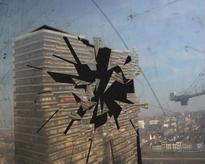 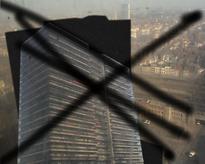