A painting on which a woman is depicted breastfeeding a child. The image refers to the well known iconographical pose of the Holy Mary holding Jesus. The gently moving image of a real woman breastfeeding her child appears in this painting, as a second layer. Slowly it slides to the foreground. The second painting is that of Mary as a young girl. A real, living girl is standing behind it, her posture shining through the painting. Eventually a devotional painting of the Holy Mary as a saint is shown, through which an image of another woman appears. 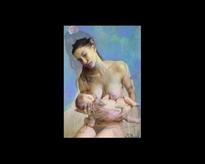 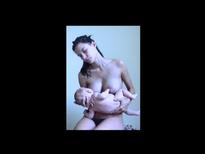 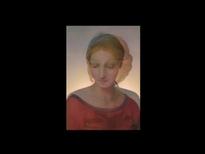 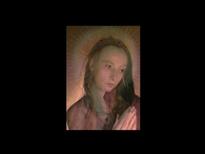 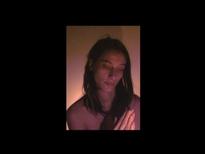