"Look! There’s noise on the image. Something is flapping its wings in your TV set. It’s the flight of an angel passing through it. The rustle of Gabriel’s wings." The archangel Gabriel, a message expert, since he dictated the Koran to Mahomet, explains the invention of television through the operation of the Holy Ghost. The actor Enrique Ariman is all ears. A clown’s head with crazed eyes in front of the tronic effects of palpitations. The light, improvised music of a Casio settles on the voice-over discourse.

This video is part of a series of four texts about media ("Sermons") by Michel Bonnemaison. This video is the second "Sermon". 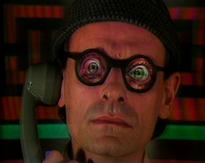 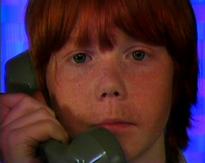