The opening shot of this short film from the series Zoeklicht (Search light) shows the cover of the book Kitsch - An anthology of bad taste (first published in Italian in 1968, translated in English in 1970) by the Italian art critic, painter and philosopher Gillo Dorfles (°1910). In this film, Jef Cornelis displays a selection of photographs of kitsch objects and situations taken from the book while a voice-over quotes the Austrian-born writer Hermann Broch (1886-1951) and comments on Dorfles' book and the concept of kitsch.
The term kitsch supposedly appeared around the second half of the 19th century at markets in Munich, Germany, and it was used to describe cheap, popular and marketable pictures. Nowadays it's mostly used in a pejorative way to refer to mass-produced art, music or design objects that have a solely ornamental purpose and that are an expression of bad taste or vulgarity.
Broch was among the most important thinkers who discussed the concept; he pointed out that kitsch objects merely imitate aesthetic artworks. According to Clement Greenberg (1909-1994) the early 20th century artistic avant-gardes were movements of resistance opposing kitsch and Western consumerism. In the view of Roger Scruton (°1944) kitsch concerns rather the observers than the objects. Finally, as Walter Benjamin (1892-1940) claimed: kitsch “offers instantaneous emotional gratification without intellectual effort, without the requirement of distance, without sublimation.” 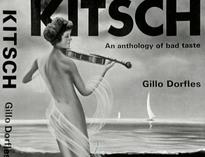 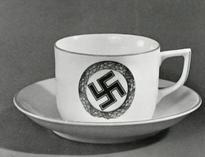 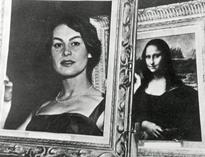