A man is put in the trunk of a car and driven to the woods by two other men. On arriving he’s pushed in the mud and kicked. But his hands are not bound, he doesn’t run away when he gets the chance to and he gets back in the trunk voluntarily. The two men then tie the 'victim’ to a tree and shoot him. Afterwards they leave the forest with the victim, who’s still alive. At night they take him to a house. The viewer only hears the sound of grindings discs. All the gestures of the characters are recorded from a distance. The hilariousness of the actions and situations prevent the spectator from feeling empathy for the victim. These paradoxical emotions are deliberately called upon by Thys in many of his videos. At the end of 'The Victim’ the two men throw the other man on a burning stake. 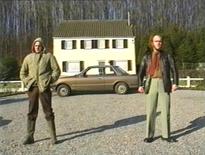 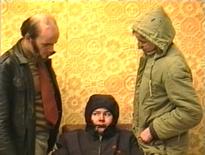 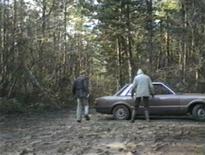 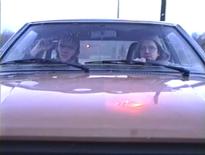