Sven Augustijnen was invited by the Koning Boudewijnstichting to follow the ‘Commissie Kunstberg’ on their numerous meetings and walks. For a number of years this commission has been striving for a revaluation of the Kunstberg (or Mont des Arts) in Brussels through a series of initiatives. This neighbourhood plays an important part in the regard of the city because of its architectural, urban and social context. Augustijnen keeps close to his guide, who is passionate about the monarchy, and his assistant on their expedition: he observes their enthusiasm, their curiosity and amazement and lets his camera linger subjectively through the spaces. In the most surprising locations in and around the Royal Palace, the Palace of Fine Arts, the National Library and the Central Railway Station, a series of meetings unravels with their users, local authorities, inhabitants and tourists. The question which arises here is that of the mission, bestowed upon the artist, and the Kunstberg itself: are they supposed to reveal the traces of what must have been a luscious court to the Dukes of Burgundy? To give an idea of what might become of the new capital of Europe? To represent the neighbourhood as a utopia where art, science, politics and life are represented as the institutions of the future? Augustijnen evokes perspectives and fantasizes about  this national landmark. 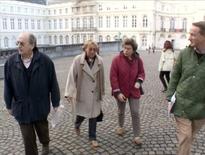 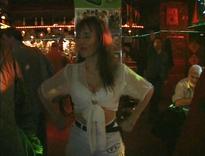 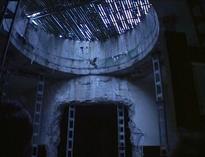 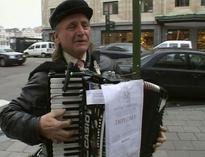 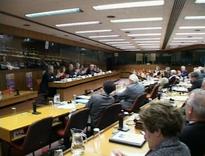