’Off the Record’ explores the different experiences and treatment of black and white South African soldiers in Europe during World War I. Two documents form the basis of the film, a war diary kept by the artist’s great-uncle Walter Giddy, and a 1917 account by Sol Plaatje of the frustrated attempts of many black South Africans to play their part in the war effort – the title refers to the lack of official recognition for their contribution. Points of convergence between these disparate histories are created through the process of animation. Two defining moments are central to the narrative – the sinking of the SS Mendi and the Battle of Delville Wood. On the 17th of February 1917, the SS Mendi, carrying a battalion of the South African Native Labour Contingent, sank in the English Channel. Over six hundred men of the SANLC drowned. The event was never written into official (meaning white) South African history books but memory of it was kept alive through oral means and unofficial commemorations amongst black South Africans. The other event, and one that was commemorated officially, was the battle of Delville Wood in 1916. In this battle in northern France hundreds of South African men lost their lives. The artist’s great-uncle Walter Giddy was one of the few to have survived Delville Wood. Intrinsic to the film is the differing experience and treatment of South Africans active in the European theatre of war, difference that depended on the communities from which they originated. Walter, 21 years old and adventurous, signed up with his old school friends to go and fight. He took his freedom to volunteer and defend the Empire as a given, being white. Having survived the battle of Delville Wood, he was killed in the battle of Arras the following year. The picture becomes more complicated when it comes to black volunteers. At the outbreak of the war, Sol Plaatje writes, there was agreement amongst the majority of South African Native Congress members (later the ANC) that their own grievances against parliament should be put aside until a more appropriate time, and that every assistance should be offered to the white authorities. Numerous offers of raising, sponsoring and equipping black regiments for service in German West Africa or Europe were made. All were ignored or refused by the Union government. Through the continued persistence of the Imperial Office, the government was eventually persuaded to mobilise a labour contingent and over 21000 black men did serve in France. 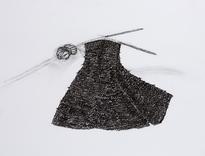 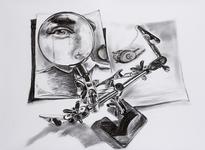 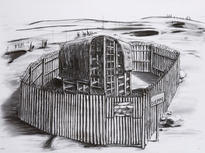