In this short documentary film, Georges Adé (1936-1992), is sitting in the Antwerp municipal library, presents the book Culture is our business (1970) by the Canadian philosopher and communication theorist Marshall McLuhan (1911-1980). Adé shows reproductions of advertisements from the book and reads extracts from it. Then, while continuing talking about the book, he walks down a road filled with advertising hoardings.
After introducing McLuhan with his earlier acclaimed books such as The Gutenberg Galaxy: The Making of Typographic Man (1962), Understanding Media: The Extensions of Man (1964) and The Medium is the Massage: An Inventory of Effects (1967, co-written with Quentin Fiore, °1920), Adé focuses on Culture is our business. Through humour and satire, McLuhan explores the consumer culture that sprout up in the Sixties and he analyses the paradoxes, the underlying meanings and propaganda of the advertisements.
Although they recognize the relevance of McLuhan’s position, Cornelis and Adé emphasize that three elements are lacking in the book. First, they consider that McLuhan does not get involved enough with the issue of ethics, because the point is not to evaluate what is good or evil, but the point is to know what we actually want. Then, they claim that the Canadian theorist ignores the economic function of advertisements. Finally, they estimate that the book addresses the older generation because the younger generation relates to this subject in a completely different way. 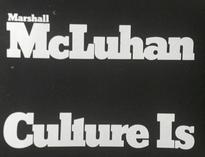 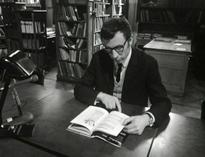 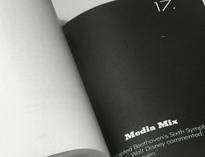