This time the programme ’Ijsbreker’ turns its attention to the flute and to diverse opinions on this instrument. The occasion for it is a study week for flutists in a cultural centre in Amsterdam, where a number of soloists, composers and teachers get to speak. In a second location, in Gooik, Barthold Kuijken, best-known for his performances of ‘ancient music’, occupies the purist corner, whereas the studio in Brussels hosts his apparent counterpart, Thijs van Leer. Van Leer is often tauntingly referred to as “the Pied Piper of Hamelin”, which aims at his very easy listening music, mainly adaptations and fantasies from pieces by Bach. As an ex-musician with the Dutch ‘progressive’ rock band Focus, his intention is to release classical music from its remote elitist corner and provoke emotions from as large an audience as possible, even though in his case this entails a huge dose of pump and circumstance. Is anything that’s authentic beautiful, or is it rather the opposite? What is the influence of popular music and avant-garde concepts and techniques on classical music? What is the relationship between musicians and musicologists? How do old instruments differ from new ones? Through different versions and interpretations of classical pieces, various perspectives are explored, on the axes of virtuosity and emotionality, originality and topicality, purism and openness. The cherry on the pie is a real time connected performance by van Leer in Brussels and his pianist in Amsterdam. Part of the BRT (Belgian radio and television broadcast network) television series ’Ijsbreker’ (’Icebreaker’). 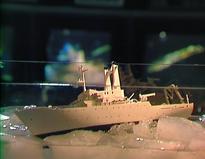 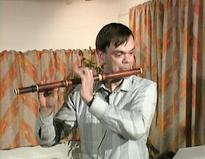 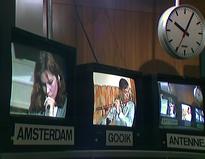