’Johan’ is a purely documentary film that shows the therapy undergone by a patient suffering from aphasia. Aphasia is an illness that affects the language centres of the brain and that can be generated by, amongst other things, a brain-tumour or -haemorrhage. Patients suffering from aphasia are often subject to chronic memory loss, and due to the ensuing semantic or interpretative disturbances they cannot recognise as such or correctly categorise certain specific objects. With the beginning of Sven Augustijnen’s film, the camera and the filming process themselves go to comprise some aspect of the therapy, thereby itself functioning as feedback for these media. 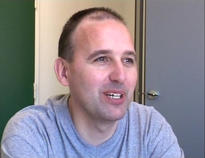 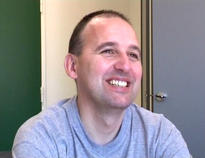 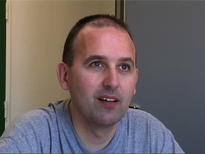