The camera circles around a circular square in Ghent. In each of the above-mentioned works several cameras film simultaneously a countryside, a street, a square, ... from different angles, so as to obtain continuous and synchronous images from a certain number of co-ordination points in a well-defined circuit. Each shot made in this way is shown on a monitor. During the projection, the monitors are placed in such a way as to allow simultaneous, continuous or even frame-by-frame perception of the co-ordination points distributed within the circuit followed, which is impossible in reality. 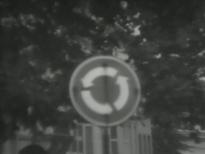 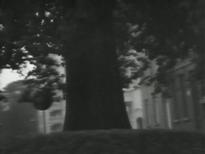 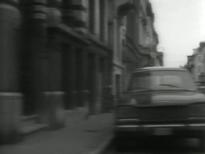 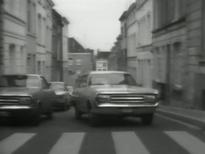