THE HOUSES THAT ARE LEFT

"The Houses That Are Left is a story of mortality, friendship, revenge, murder and the supernatural, as two friends come together to try to figure out how to live, while being besieged by malignant messages from the dead. While the living are rendered passive by their fear that something bad could happen to them, the dead, who no long can have anything happen to them at all, strive to regain their ability to act through the only tool available to them, their television.

Juxtaposing black-and-white film with color video, and fusing narrative elements of drama, comedy and documentary, Silver provides a structure that allows for a plurality of voices to speak: two women who were childhood friends, people on the street who are interviewed for "market research," and the observations of dead people who watch the living on television monitors. Truth and fiction are blurred as the dead communicate with the living and real people are interviewed by fictional characters." (Source: https://www.shellysilver.com) 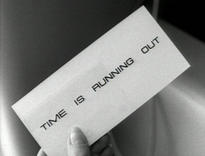 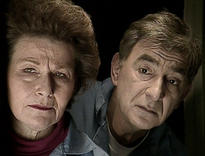 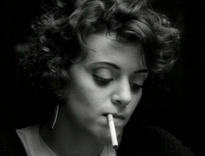