Horse, Indian, Cowboy, farmer Steven and Jeanine are having a barbecue. Horse goes to fetch some extra wood and stumbles over a strange object. They dig up the thing, which turns out to be a tour bus that drove people around at the 1986 FIFA World Cup in Mexico. What’s more, in the boot, there are still some players! In first instance these are very relieved to be saved from their precarious situation. To celebrate their rescue, everyone joins in to play a game of football and our friends turn out to be better at that than one would expect. Comical and absurd animation in the typical no-nonsense style by the notorious Belgian animation studio. 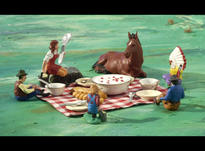 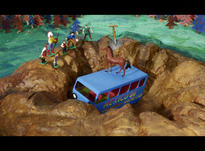 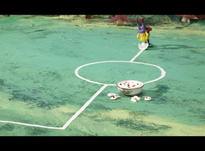 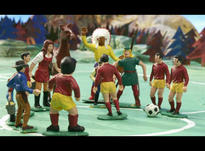 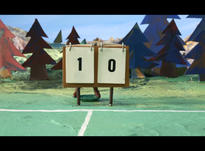