Ever attuned to the conceits of the art world, Steve Reinke’s - perhaps ironic - aim was to complete a hundred videos before the year 2000, his thirty-sixth birthday. They would constitute his work as a young artist. In 1997, well ahead of schedule, Reinke had finished ’The Hundred Videos’. Most of the hundred videos are short, witty subversions of lore passed on to us - the "knowledge" available as social history in the memory bank of our culture, preserved in the found footage of old films and television. As such, these resources are available genres that still hold popular appeal despite our awareness of their out-datedness. They also serve as documentary proof of the fictional discourses Reinke juxtaposes in his own ad-libbed voice-overs, micro-narratives pertaining to the truth-value of biography or science. The ensuing deadpan reversal of forms inverts the naturalness of any of these discourses, whether they touch on scientific laws, social interaction, gender function or sexual identity. His discreet send-ups have the effect of creating new subjects of knowledge, given our conditioning by these genres to accept their narratives as true. "The question I’m asked most often (by people who haven’t seen the work) is, ’What is it about?’ -a question I am never able to answer. The series has no central theme and is, I hope, quite heterogeneous. As a whole, though, I can say it is monologue-based, held together by the sound of my voice. Perhaps the prototypical video would have two parts. First, a spoken monologue over a loop of appropriated footage, which promises to reveal something, followed by a ’something’ which isn’t quite what was promised, but somehow obtusely, perhaps humorously, related. The whole series is five hours long and meant to be approached like a collection of prose poems or very short stories: open it up anywhere and begin reading, skip what doesn’t catch your attention, re-read whatever does. So watching it with a remote control is a good idea." (Steve Reinke) 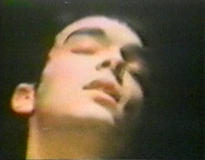 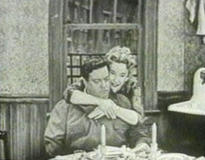 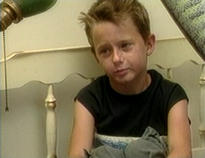 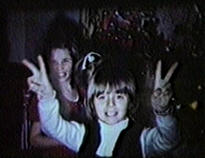 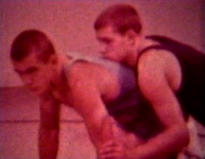 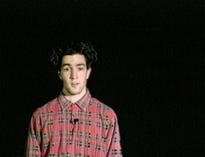 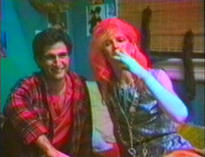 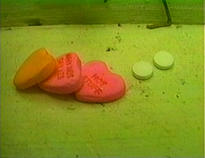 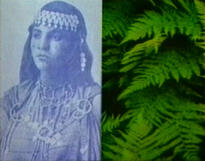 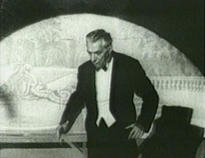