In ’The Sailors and the Ship’ two former sailors muse on their past from their apartment with a view on the sea wall. A male storyteller’s voice recounts their tale. Once upon a time they were brave seamen on a beautiful ship, led by a fantastic captain. But the death of their beloved captain caused the two man so much pain and sorrow, that they never spoke again. Since then they have lived in their apartment, looking out at the sea or remembering their time on the ship through photographs. In this video Thys skates on a thin line between pathos, autism and genuine homesickness. 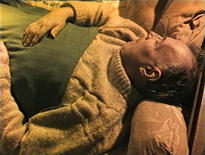 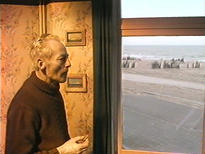 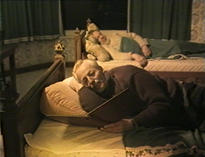 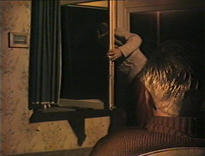