’Wank Stallions’ is a piece that addresses male identity, using two black actors and a gay, white skinhead. The video tests the territory of masculinity between two extremes, the wanker and the stallion. It confronts the desolation of young men in this age, their lack of communication skills, their reliance on drugs and alcohol, their personal and sexual fears around inadequency as men. This is partly the result of the media generated male mythology which ’Wank Stallions’ confronts in the form of quotation, using archetypal 70’s addicts-as-rebels novel ’Fear and Loathing in Las Vegas’ by H. S. Thompson. The narrative is subordinate to the dance, which erupts out of a more realist structure, like songs in a musical, in very fluid movement sequences. Murray refuses all references to traditional dance, returning to a web of bodies and gestures that narrate a nocturnal tale of music, drugs, loneliness, desire and solidarity. 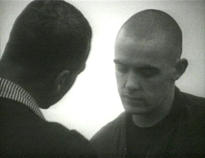 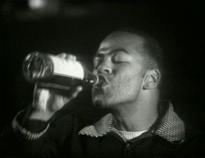 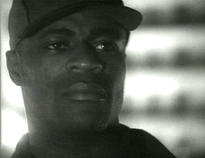 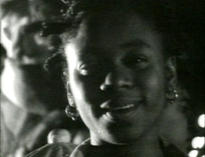 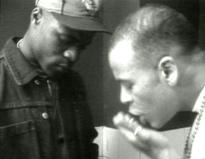 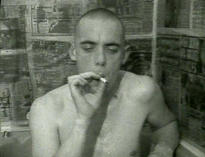 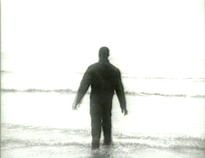