Undervoice is a journey through the subterranean landscapes of our being. Based on a series of encounters, Charley Case and Manuela de Tervarent invite us to ask what moves us, from birth to death, what makes us pass through obscurity, to clear a path through our weaknesses and our dualities.

The film follows its flow from where the Meuse rises in the Ardennes to where it empties itself into the sea in the Port of Rotterdam, passing through the faraway lands of India and Japan. The characters encountered in the film weave webs of meaning, listening to what makes us human: moving through time. Following in the footsteps of the hermit and a child's explorations, shifting from dance to music, the path drawn by the paintbrush extends that of words and creates a bridge to the questions of creation, of silence, flow and of cycles.

The voyage slows down time and takes the viewer into a meditation where images and human speech complete each other and blend, such as dual expressions of one same movement. 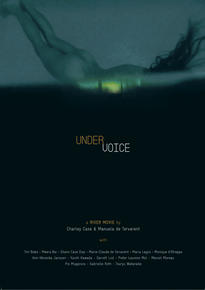