PATRASCHE, A DOG OF FLANDERS - MADE IN JAPAN

"Every day several Japanese tourists visit the cathedral of Antwerp in Flanders. In front of Rubens’ Descent from the cross they start to cry. Why? Nobody in Flanders has any idea that they are moved because of a tiny book written by Louise de La Ramée 133 years ago. In its final scene the two main characters, Nello and Patrasche, die in each other’s arms in front of the Rubens’ painting. Today this tiny book, A Dog of Flanders, is taught in Japanese high schools, it is a classic in the UK and the States and has inspired numerous films and TV series in Japan and the States. The most important of them being the Japanese animated series of 1975 that counted 52 episodes and influenced the Japanese culture intensely (30 million Japanese viewed the last episode on television, many of them can still sing the series opening song, - in Dutch!).
The novel was translated into Dutch only in 1987, inspired by Willy Vandersteen who had devoted one album of his influential cartoons Suske en Wiske / Bob et Bobette to the story. Despite this album and some minor tourist attempts the people of Belgium are hardly interested in A Dog of Flanders and its many admirers worldwide.
Why has the author situated the story in Flanders? How does she represent Flanders? And why are Japanese and Americans so attracted by this story? What images are they creating of Flanders based on this story?
Didier Volckaert and An van. Dienderen made the documentary Patrasche, a Dog of Flanders - Made in Japan in which they evoke the several different (imaginary) representations of Flanders based on the novel. For this film they have been researching archives and libraries for the last two years. They found 35mm and 16mm prints of all USA films based on the book. They found first print books both from the UK, USA and japan. They were able to interview numerous people involved in the making of the legendary 1975 Japanese animated series. They filmed about 40 hours of interview and obtained almost every printed and filmed source important for the documentary." (Source: https://www.dogofflanders.be)

" Through the story of A dog of Flanders and its many images, the film continuously flirts with imaginary, fictionalized and hilarious versions of Flanders. It is therefore clear that this documenatry is not only destined for ’Flemish’ viewers. Patrasche, a dog of Flanders - Made in Japan’ is a laboratory of the image. It is a prism, through which the viewer can experience how flu reality is and how a small book can stigmatize (or create?) an entire culture." (An van. Dienderen & Didier Volckaert) 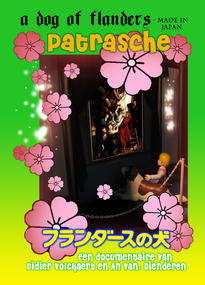 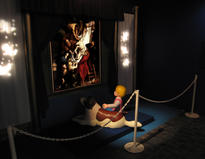 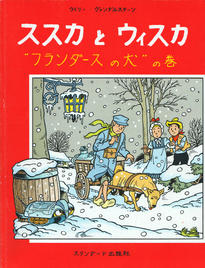