A bleak and meagre landscape is scanned with the camera, quietly at first and almost photographically. After some time the camera starts moving and the compilation of rocks, sand and stones turns faster and faster. A while later a man tries to make his way over a mass of rocks, continuously shaking because of a digital effect as if an earthquake was taking place.

"From a combination of digitally animated still pictures and multi-layered video sequences, a moving portrait of an earth and stone landscape is drawn. The landscape shakes, slides and slips: it perpetually transforms itself. On its edge, the precarious silhouette of a man tries to steady his steps…" (Antonin De Bemels) 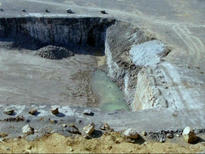 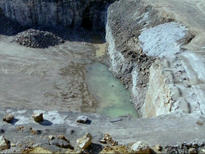 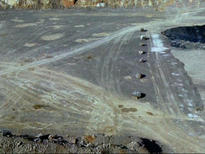 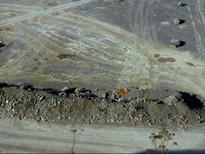