3 Short Stories includes a video installation, Medea, centrally placed in the exhibition space, and three short video films, Cut, Camera Obscura and Epilogue, shown successively and continually in the projection room. Although the title may suggest otherwise, Michel Lorand is presenting four, not three, autonomous works. His reference to ‘3 stories’ can be explained from two perspectives. Epilogue can be seen as the conclusion of the trilogy of Medea, Cut and Camera Obscura , but one can also say that Medea is a prologue to the three films that followed it. In either case, in terms of both theme and form, the four works are strongly interrelated.

There are a number of recurring themes indicated in the four works. Each begins with a text written by Lorand; there are women speaking in each; and the ‘story’ is about a break or separation, either inner or relational. There is, by the way, always a decisive beginning and end, as Lorand emphatically does not present his work in loops, and there is the repeated play with the contrast between white and black, light and dark. All the characters – or should we say voices? – seem trapped in the same kind of powerlessness: the inaccessibility of the here-and-now life experience, the impossibility of the meeting with the other… . In Epilogue, perhaps Lorand’s most intimate text, we learn a little about the source of this diffuse discomfort: how do we live with the debris of the past we have never worked through, among all the unfulfilled longing and undigested ruptures that make us who we are? The white of the epilogue does not refer to purity or emptiness: it is the blinding whiteness of overexposure and over-saturation. 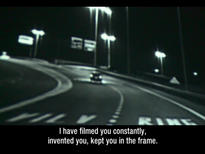 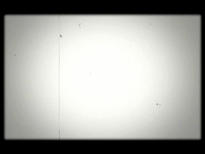