Braeckman’s fascinating position towards ‘looking’ got a sequel this summer. For the first time he made a series of films, one of which he presented in an installation-like manner, slightly pushed away behind a wall and behind a glass that emphatically reflected the spectator. In this film the camera glides over the blurry face of a woman until it abruptly focuses the eyes, bearing a slight resemblance to a Man Ray picture. The film deals with the tension between style and movement, between focused and out-of-focus. It is especially intriguing how Braeckman’s camera seems to be caressing one of his own pictures rather than the woman. (Edith Doove)

This 16 mm black and white film consists of a travelling over Dirk Braeckman’s picture V.R.-P.A. What is suggested here is a kind of lag in the experience of time: on the one hand there is the time of the photograph, on the other the time of the travelling over this image. And above all it is this woman’s inpenetrable and unreadable face which seems to be scanned cinematicly. What do we see? Is she crying? Laughing? Is she dead? (https://www.braeckman.be) 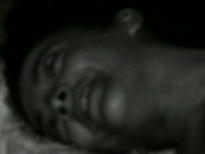 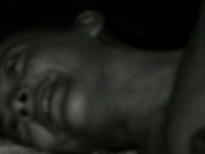 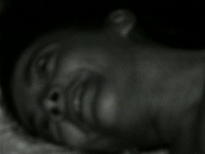